When someone receives a cancer diagnosis, we encourage them to “battle” the disease with all their psychological and spiritual resources alongside what is happening medically. We rally around them for support; however, if they do relapse, we remain in their corner as much as ever—and of course, we do. Why wouldn’t we? They didn’t lose or fail; they have a disease. Because of persistent personal beliefs and social perceptions, most people just don’t treat those with substance abuse issues that way. Those suffering through addiction are often viewed as selfish or weak-minded, perhaps because of the traits we associate with hard-drug use in the first place. The opioid crisis is pointing it out once and for all: addiction is a disease, like any other, that either lives in us or doesn’t.

According to the Alabama Department of Mental Health, there were over 5,000 deaths from overdoses from 2006 to 2014 in our state. During that period, the number of overdoses increased 82%. Are stronger street drugs to blame? According to the National Institute on Drug Abuse, a steady rise in prescribing opioids for pain since the ‘90s is actually a large culprit. One-third of those prescribed opioids misuse them—that is, mainstream people. Alabama led the nation in opioid prescriptions per person in 2016 with 121 prescriptions per 100 persons. This crisis killed 47,000 Americans in 2017. Only around 10% of those with addiction seek treatment.

These numbers reveal a disease that people misunderstand. First of all, it’s not a matter of cultivating an appetite for drugs or depravity. According to Michael Craig Miller, M.D. Editor in Chief, Harvard Mental Health Letter, “By analyzing patterns of inheritance, researchers have learned that heredity accounts for about half of the risk that a person will develop an addiction. Addiction is a medical illness and develops in the same way as many other illnesses. A person with some underlying genetic vulnerability is exposed to an environment that brings on the illness.”

If you have a genetic predisposition to addiction, you may not find out until you are prescribed an opioid. Adults from all walks of life ignore common signs of addiction:

Fortunately, doctors are understanding the brain mechanisms and social triggers of addiction to move us beyond the AA or failure system. We have new tools to counter opioid addiction at various stages. You likely know someone who suffers from opioid addiction. We have to address this problem with empathy and vigilance. This year, make sure to pay special attention to behavior of those around who are prescribed pain medicine. Ask them about their medical conditions and how they are dealing with the medication. Has it changed their personality or how they feel in general? Help them see that addiction is not their fault, but that ignoring addiction could ruin their lives. If you find yourself concerned that you or a loved one may be suffering from drug addiction, come see us today for an addiction screening. 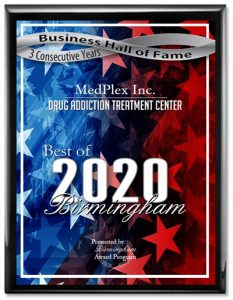 Email us at: [email protected] 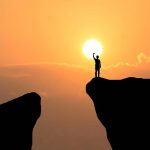 Willpower Cannot Prevent Addiction, But Early Recognition Can Save Your LifeAddiction 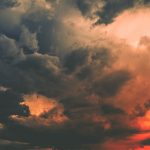